Home › Uncategorized › THE SHOCK AND HORROR THAT SOMEONE STILL BELIEVES

THE SHOCK AND HORROR THAT SOMEONE STILL BELIEVES 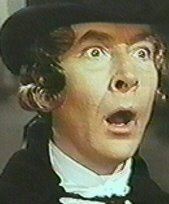 “[A]nd this is what we found – a pro-Christian, anti-atheist book heartily endorsed by none other than Gen. David Petraeus, a slap in the face from the commander of U.S. forces in Iraq to the 21 percent of the men and women fighting there who define themselves as atheists or having no religious preference,” wrote Chris Rodda, a freelance writer and researcher for the MRFF, in a recent article.” 1.

Oh my, how shocking and horrible a thing is this? Something that irritates me is the way atheists think they have the right to speak against my faith in God and ram their dogmas down our children’s brains. But when a believer speaks publicly about his or her faith, that’s shocking and needs to be investigated. When believers talk about their beliefs, they are told that such speech is off limits. But their opponents may attack the Bible any time they like. They do it through their phony investigative reporting on the historicity of the Gospel and the Bible narrative. They do it through their mocking of Jesus in Hollywood movies. They do it through their coercive legal maneuvers to silence religious speech. And Christians just take it.

When General, Patraeus commented favorably that a particular faith-based book would be a profitable thing for every soldier, the atheists called it an “unadulterated and shocking public endorsement”. Oh please! The fact is, to these liberals the only appropriate posture for believers is to shut their mouths and be silent. The author of the book did say that he brought this trouble on by using as a public endorsement what were intended to be private comments by the General. That was unfortunate and unwise, but be that as it may, what real harm is done to an atheist? None. The General did not say soldiers would be forced to read the book. He didn’t say the book would be in every soldiers duffel bag. No harm was done whatsoever. But once again the General suffers the unfair attacks from the left.

This all illustrates that we are in the midst of a war. We are in a spiritual war and the Christian’s mind is the battleground. Satan does not want you to believe in God. Satan does not want soldiers reading Bibles and uttering prayers. But if they must believe, they are not to speak of it. If they do, Satan will use these liberals to shut them up. No one should submit to the oppressive tactics of Satan and his minions.

I haven’t read the book which the General endorsed, and I have a suspicion that I would disagree with some parts in it. But the fact is that someone is going to be in charge and, whoever it is, he will always have the freedom to speak what he believes. I would prefer to hear from someone who believes in God than someone who believes there is no God.
__________
1. “Petraeus Endorsement of Faith-Based Military Book Draws Fire” Accessed here