Home › Uncategorized › DAVID WAS NOT SINFUL FROM THE WOMB

DAVID WAS NOT SINFUL FROM THE WOMB 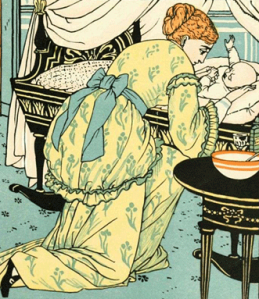 Calvinists believe in the doctrine of Total Depravity, meaning that from conception each person inherits Adam’s sins. A primary verse used to support this doctrine is Psalm 51 which says, “Behold, I was brought forth in iniquity, And in sin my mother conceived me.” What does this mean? What is David saying? In this prayer of repentance is David saying that from birth he was sinful? Well that’s one interpretation. But such an interpretation condemns the souls of men to eternal hell without them personally committing a single sin. Surely there must be a better explanation for the verse than one that makes God unjust. He is the Potter, but not an unjust one.

There are a couple of verse that should be considered which shed some light here.

Psalm 22:9-10 says “9 Yet You are He who brought me forth from the womb; You made me trust when upon my mother’s breasts. 10 Upon You I was cast from birth; You have been my God from my mother’s womb.” If taken literally, this passage is a direct contradiction to the literal interpretation of Psalm 51.

The other passage in Job 31:18 says, “But from my youth he grew up with me as with a father, And from infancy I guided her.” In this chapter Job is asserting his righteousness. He wants to weighed by God but he is confident that he has lived according to God’s will. In this verse he is asserting that from the womb he has been under the influence of God. Doesn’t sound like Job things the child is depraved from birth.

The point is that the Psalm 51 passage can’t be taken to me that David and all men are born with Adam’s sin. It could mean several things, but not that. Considering the context of David’s sin and repentant state, it’s not likely that he is turning to blame his mother or Adam or the Devil for committing adultery and murder. He is more likely using hyperbole to exaggerate just how sinful he has been.

David was no more sinful from the womb than were his enemies liars from the womb (Psalm 58:3). It’s called exaggerated speech and we use such language all of the time. The Scriptures do not allow for man to be conceived into a fallen state which Augustine and Calvin taught. Ezekiel 18 reminds us never to say the Proverb: “the father eats sour grapes and the children’s teeth are set on edge.” That sentiment in the people of Israel was unjust and did not reflect the justice of God. God does not permit for sons to be condemned for their father – not even for father Adam. The iniquity of the man shall be upon himself alone. Adam’s iniquity was upon himself alone. The sons of Adam didn’t inherit a single sin of Adam. Each child begins this life with a clean slate and God will hold them accountable for the sins they commit when they reach an age of accountability. David was not sinful from the womb. Such a doctrine is evil and ought to be finally done away with.
____________
Brought Forth in Iniquity – Psalm 51