Home › 1 John › TAPPING INTO THE POWER OF GOD THROUGH PRAYER

TAPPING INTO THE POWER OF GOD THROUGH PRAYER

The key to greater spiritual power in our lives is in focusing on building our relationship with God. Don’t shy from this word “relationship” when talking about God because the Scriptures say, “I will be their God and they will be My people” and “And I will be a father to you, And you shall be sons and daughters to Me,” Says the Lord Almighty.” (2 Cor. 6:18) It is a family relationship thing.

Christians can sometimes forget the relationship. The Revelation letter shows us that we can lose that closeness so that they are going more through the motions in defending the faith. Jude’s “keeping yourselves in the love of God” is about staying close in that relationship so you don’t fall prey to sin. Truly, the externals of living our faith are vital and inseparable from having the relationship, but if we aren’t careful the preaching of even the most sincere and true Christian can become merely external – the heart goes somewhere else.

John describes a scenario where a church defends the Truth after its love for God has grown cold (Rev. 2:2-4). Sometimes, not even meaning to, we can lose site of the power behind the external things we do in the church, which is God’s power (e.g. Baptism in Colossians 2:12 is the external where a person first receives God’s saving grace, but our faith is to be in the working of God or else there is no blessing) as if the power is merely in the forcefulness of the words, or the goodness of our deeds. The greatest reality in the universe is God, a Spirit, and we need God’s power working in our lives. 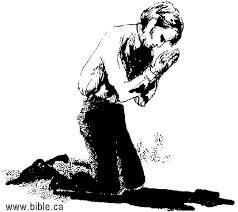 The book of Hebrews focuses on the relationship with God when it talks about the covenant God makes with men and the privilege they have to draw near to God (e.g. in prayer, through worship, in His Word; because of Jesus). You think you understand faith, right? According to Hebrews 11, faith is believing in the unseen (Heb. 11) and not only believing in His reality, but also believing that He rewards those who believe.

We know that we are to pray in faith, believing, not doubting, as double-minded men do. No, we are to believe that God answers our prayers. There are a rewards for drawing near to God in prayer (Heb. 11:6 “for those who come to God” entails prayer first as with Saul who was praying, and Cornelius whose prayers were heard) that are real and tangible (not as in supernatural gifts) so that Christians can enjoy tangibles like peace, comfort, and joy. When James who says a lot about faith and prayer, also says, “draw near to God”, it seems that this is first and foremost – but not limited to – that fellowship Christians have with God through prayer. While we are resisting Satan, saying like Christ “get behind me”, we are humbly coming into the presence of God. This all means there is tangible help for those who draw near to God.

The early church was “devoted to prayer” (Acts 2:42) and Paul reminded the Colossians to be (Col. 4:2; cf Rom. 12:12). Without a life of prayer, there really can’t be spiritual power in our life. Prayer is integral to the “armor of God” in Ephesians 6. The power we need to overcome sin, to resist temptations, to be bold and courageous in the face of opposition is developed in those times of quiet talking with God. Through Jesus Christ, the avenue of prayer is open to all, especially to those who fear God – “He always lives to make intercession for them” (Heb. 7;25).

Failure to emphasize the importance of prayer – in fear of venturing off into emotionalism or into a salvation that is “better felt than told” – is a danger and once again something that removes or ignores a vital power that is part of the message of the Gospel. Of course I reject any doctrine that says salvation comes BEFORE repentance and baptism (Acts 2:38; Col. 2:12), but we do a disservice to the preaching if we ignore prayer in the context of salvation. Acts 2 shows that “calling on the name of the Lord” which is a form of prayer accomplished through the repentance and baptism. The prayer FOR salvation was probably being spoken by Saul and Cornelius in Acts 9:11 and 10:1ff, though they weren’t saved AT the prayer. However we learn that God clearly hears when god-fearing – lost – men call on Him. So there is a prayer which men utter and God hears that leads to open doors, opportunities to hear the Gospel and be saved.

Additionally, Ananias connected prayer and baptism in Acts 22:16 so that we learn that the person being baptized is appealing/praying to God for a clean conscience (1 Pt 3:21). The praying person first sets into motion God’s workings to open doors and bring the message to seekers. Then the prayer is continued in Baptism which is where God applies His saving Grace – salvation is “not of yourselves, it is the gift of God”.

Not only are the lost praying for salvation, but God’s people are praying for them to be saved (which is very similar to the famous prayers offered by Jesus and Stephen as they were being put to death). I especially like how Paul wrote to Timothy that “…entreaties and prayers, petitions and thanksgivings, be made on behalf of all men….” Why? Because there’s only one mediator and God desires that “all men be saved” (Read 1 Tim 2:1-5). Prayers for the lost to be saved are a very spiritual ministry for Christians. We often talk about the obedience of Christians and the works of faith which we do in God’s name – and there’s nothing improper about that.

Prayer that is according to God’s will is where spiritual people connect with God and tap into His power. Prayer is a vital part of the Christian ministry. Perhaps we have forgotten the ministry which we enter into only through prayer. It’s hard to miss the connection God makes between prayer and saving souls. James said, “The effective prayer of a righteous man accomplishes much” (Jas 5). John said, “If anyone sees his brother committing a sin not leading to death, he shall ask and God will for him give life to those who commit sin not leading to death.” (1 Jn 5:16). If we care about souls, we are going to be praying for them. And when we are praying for them, it’s hard to not love them. When we love them we will be praying for them.

Let’s draw near to God so that our prayers become these multi-dimensional, full orbed, complex conversations with God about people, for people, concerning God’s mission. With faith in God, let’s tap into the power of God through a meaningful prayer life.