Home › Uncategorized › PARENTS ARE NOT PARENTING: AND WHAT’S HAPPENING TO OUR KIDS?

PARENTS ARE NOT PARENTING: AND WHAT’S HAPPENING TO OUR KIDS?

At the risk of sounding harsh and preachy, I have to say that dads are pretty much absent. The godless have co opted the raising of our children. Boys do not play ball and wrestle. They play video games. They are not obedient. Parents are not consistent. Parenting works every time it is tried, every time. Our American culture has become toxic to the youths. 70% of them are unfit, physically or mentally unfit, to serve in the military. Strength is gone. Morality is out of the door. No right and wrong means you couldn’t trust them to do the right thing in a pinch. This is all on the parents. Before we consider who or what is at fault, parents, it’s on you. 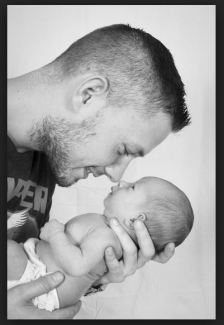 “Fathers, do not provoke your children to anger, but bring them up with the training and instruction of the Lord.” Eph. 6:4.

God said for you to raise them up in the nurture and discipline of the Lord. What does that mean? Does that mean that you went to church a couple of times a week? What does that mean? That means the children were raised on a diet of Jesus Christ. While you were giving them pop-tarts and cokes, they needed a daily Bible devotional. While you let them play video games for hours, they needed walks in the woods where the wonder of God’s power and wisdom was the topic of discussion. They needed not fretting and outburst of anger, but instead an Abrahamic or Pauline examine of faith in Jesus. But you know what? The majority of our youths do not get what they need. They are coddled. They are treated permissively. They do not make their beds. They do not carry their load like a member of the house ought to. And so our youths are unfit and unprepared for service. I have been around long enough to know that the majority of people are weak and inept at the training of their children in the way they should go. Weak and inept. They are more interested in being liked by their children than they are about seeing that their children are growing in wisdom and stature, in favor with God and men. So no, parents are not parenting.

Like Loading...
‹ DO YOU BELIEVE OR NOT? WHAT DECIDES IF YOU ARE PART OF THE OLIVE TREE
CHILDREN MUST BE IMPRESSED UPON WITH THE TRUTH OF GOD ›