IT’S A "GOOD" WORK WHEN THE CHURCH SUPPORTS MISSIONARIES

“12 When I send Artemas or Tychicus to you, make every effort to come to me at Nicopolis, for I have decided to spend the winter there. 13 Diligently help Zenas the lawyer and Apollos on their way so that nothing is lacking for them” (Tit. 3:14).

Commenting on this, ISBE says, “Paul was unselfish as ever, solicitous that Zenas & Apollos be comfortably provided for on their intended journey. He is full of affectionate regard for them, interested in their welfare at every step; while he himself is far distant in another country, he remembers them with tender and sympathetic friendship” (“Zenas”, ISBE).
Paul had them all on his mind. John’s words couldn’t be more appropriate than right here:

5 Beloved, you are acting faithfully in whatever you accomplish for the brethren, and especially when they are strangers; 6 and they have testified to your love before the church. You will do well to send them on their way in a manner worthy of God. 7 For they went out for the sake of the Name, accepting nothing from the Gentiles. 8 Therefore we ought to support such men, so that we may be fellow workers with the truth.” (3 John 5-8).

The four men in question have the Apostle’s full confidence. The missionaries have gone out for the cause of Christ. They are men like Apollos who was mighty in the Scriptures and they are helpful to Paul in filling up whatever he lacks. Most assuredly, they have sacrificed by leaving so much behind to spread the Gospel, including family, jobs and homes. So what was Paul saying to the Cretans? 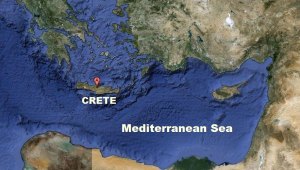 We know that the Island church was in danger of being inhabited by half-hearted, uncommitted, worldy and selfish Christians who would NOT further the cause of Christ. To indicate the dire condition of the Cretan church, Paul said for Titus to “reprove them severely”. In the next chapter Titus is told to speak and exhort, and “reprove” them with all authority (2:15). “Let no one disregard you”, They must change for the sake of their own salvation. The must begin doing the deeds that are truly good.

We know how Jesus sent the disciples out two by two (Lk 9, 10; Rev. 11:3 “I will grant authority to my two witnesses”). Besides what we have in Luke 9 and 10, other examples include Peter and John; Paul and Barnabas; Paul and Silas; Barnabas and Mark; and here with Artemas and Tychicus and with Zenas and Apollos. These guys in Titus 3 are missionaries who have Paul’s complete confidence; they are worthy of being trusted. Supporting these missionaries was central to the closing discourse. In verse 13 and 14, Paul said, “I am sending them” and “diligently help [them] on their way…” And then he says, “Our people must also learn to engage in good deeds to meet pressing needs, so that they will not be unfruitful” (v.14). Our “deeds” show our faith and distinguish us as true believers. True Christians bear “fruit” that comes through proclaiming the Gospel of Christ. And so to this end,

Paul is calling for the church to engage and be involved in missionary work. The Cretan church that suffered and continued to bare the marks from their poor culture were admonished to match their deeds with their profession (Tit. 1:16). By this time, Paul’s message must have become crystal clear – as it is to this writer – that supporting these men would be one of the best ways of doing good and bearing fruit. Paul was telling them to “engage” in the support of these missionaries – an immediate and pressing need. They doing so they would shoulder some of the burden. In this writer’s opinion, only the most obtuse and unenlightened members would miss the connection between engaging in good deeds and supporting Zenas and Apollos: which means to support missions.

As an aside, I don’t know the reason that Zenas is portrayed as a Jewish Lawyer of the Mosaic Law – many dictionaries and reference works parrot this line of thinking. Because Paul calls Zenas a “lawyer” does not demand it to be “of the Jewish Law”. It’s almost certain his was a Greek background and upbringing with a given name that honors Zeus (Greek, equivalent to Roman “Jupiter”), thus having Greek parents, which would indicate to this writer a general practice of the Law by Zenas and not the specific Law of Moses. Zenas was more likely a criminal or civil Lawyer, and that would only be secondary to the mission work that now engages him. Your thoughts?